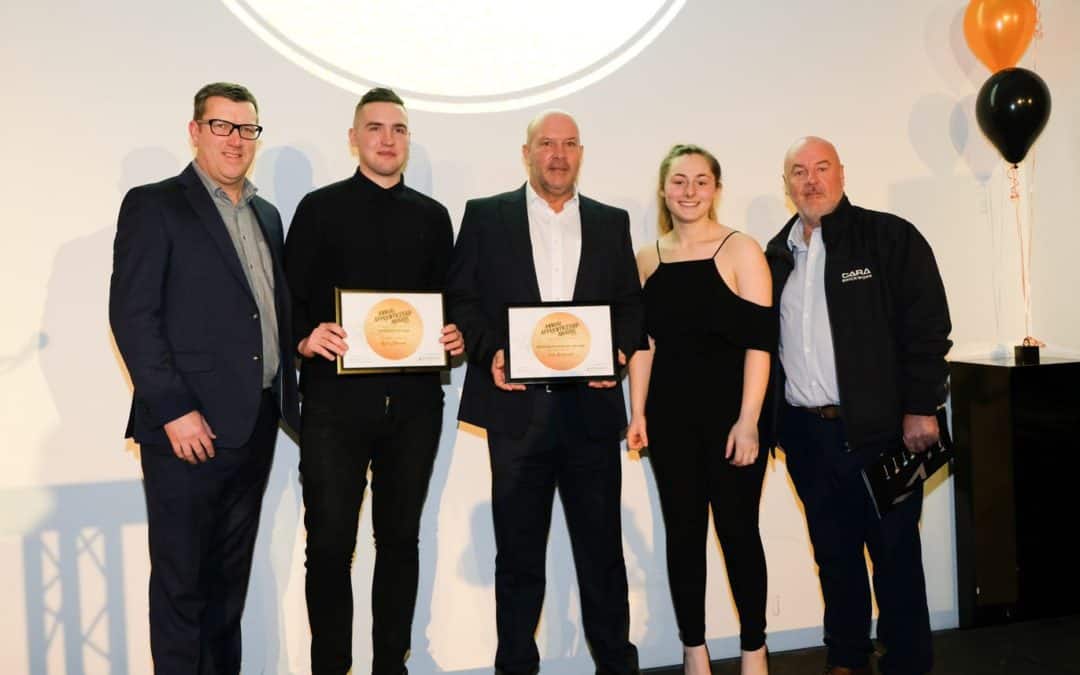 Cara Brickwork and its employees had a successful night at Salford City College Apprentice Awards on Tuesday night.

A big well done to Myles Littlewood for winning ‘Trainee of the Year’ for his attitude and commitment shown at College and on site.

Cara Brickwork also won ‘SME Best Employer of the Year’ for their continued commitment shown to trainees and apprentices over several years at Salford City College.

Lauren Chadwick was nominated for the ‘Apprentice of the Year’ but was unfortunate this year (Defiantly win that next year Lauren).

Joey & Neil Allen along with Mark Greenhalgh would personally like to thank Mandy Shepherd from Salford City College for her continued support to find the right candidates and recognised Cara Brickwork as a valued Employer of Apprentices.